Does Everything have to be Agile? 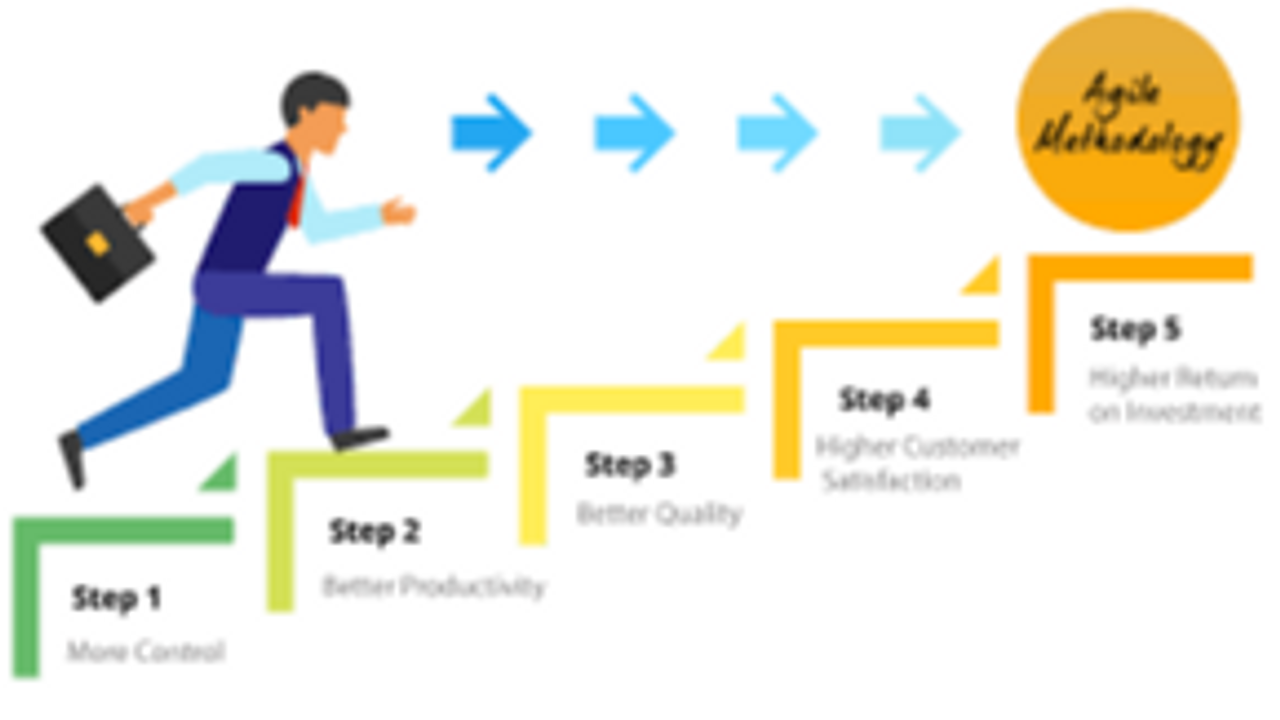 When we think of Agile – most of us think of Scrum, delivering working solutions every sprint (every one to four weeks).  If you ask an Agilist, there’s a way to break every project up.  For example, when building a bridge, you could start with putting a rope between the two sides, expand to adding another rope, some boards, and creating a rope bridge, so people could start crossing right away. However, most of us don’t need a rope bridge.  We need a finished four lane highway.  This principle of breaking projects up works well when the scope can be variable, so we can fix time and costs.

In the bridge case, scope has to be fixed.  Nobody wants a bridge that’s 90% done (the first question is what 10% is left!).  When it makes sense, like in software, marketing, or reporting projects, delivering working items regularly allows us to make sure we’re on the right path.  But Agile is so much more than small projects.  As I mentioned in Developing an Agile Mindset, it builds on great ideas of the last century, so it’s a great place to grab ideas from.  Some useful ones that fit nearly every workplace include leveraging teams, shortening deadlines, and incorporating learning.

The Power of Teams

We may be overly using the word team.  Too many times what we really have is group of people working on similar tasks.  A common shared goal is what makes that group a team. A goal so strong, they are willing to put aside personal motivation for the good of the group.

Understanding what makes a team is key, since research shows the difference between the least and most effective individuals is 1x to 10x.  In other words, if you look at a range of individuals working on a given task, the best person will be 10x more effective than the worst.  10x more efficient sounds pretty good until you hear the same range for teams is 1x to 2000x.  So, the best team is 2,000x more efficient than the worst.

If you’re looking to improve performance in an organization, 2,000x sounds like a great place to start.  However, you may assume the secret to that incredible team is a group of superstars, which limits how many teams you get.  The good news is that isn’t the case.  Research shows teams allow ordinary people to do extraordinary things (and often the superstars don’t play well with others).  Instead of great people, in Smarter, Faster, Better, Duhigg mentions five key items that help teams be effective:

Whether you are working on a project or in a department, in today’s complicated world, we all have to work with others.  This list gives us a simple recipe to helping make teams more effective than they are today.

Every project manager will tell you projects have a natural flow.  There is a relaxed feeling at the beginning of the project as the end seems distance.  Stress starts to hit as the project moves towards the midway point and teams realize deadlines are coming quickly.  Towards the end of the project, everyone is in a mad scramble to get things done.

A key job of project managers is breaking projects into smaller deliverables with deadlines to lessen this effect, but too many teams don’t use them effectively.  One of Agile Scrum team secrets to success are commitments.  At the beginning of the sprint (one to four week period), the team commits to what they can, and at the end reviews how they did.  In this case, a commitment might sound like another version of deadline, and it is.  But by breaking the work into the most important things that need to be completed this week, and then having honest conversations at the end of the week of what they were able to accomplish, teams hold themselves accountable, focusing on what they need to do, and improving their ability to estimate what they can get done.

Whether you are on a traditional project team, or just managing a regular team of people, chances are you have a weekly meeting.  You can leverage the habit of making and reviewing commitments each week.  It’s a simple way to focus on what’s important and get a clear picture of what’s getting done.

We have lessons learned in traditional project management, but we really ought to call them lessons not learned.  Too many times, at the end of a project, the project manager sits down to document all the things that went wrong, explain how they weren’t their fault, and store them somewhere no one is ever going to read them.  At least project management tries.  Outside of project management, I don’t think I’ve ever been in a department that focused well on integrating learning into processes.

As a new manager, I thought I was doing a great job delegating and training my team.  When we implemented weekly learning into our process, one of the first comments from the team was how much they didn’t have visibility into what we were doing and wanted to be more a part of it.  Leveraging these sessions helped me see what I needed to do as a leader to help my team be more effective (and freed me up significantly to focus on higher value tasks).

As mentioned, most teams are having a weekly meeting.  It’s not hard to steal from Scrum and add a learning element.  Take a few minutes as a team each week to think about what you can do to improve the process.  The traditional scrum questions are what should we keep doing, stop doing, and start doing, which are ok.  But there are tons of fun retrospectives such as the sailboat, the three little pigs, and the three Ls to help teams have different ways of thinking about where to tune the process.  This isn’t original, Agile stole the idea of continual improvement from Kaizen.  Whatever you call it, the key is to integrate improvement into your process.

While great in certain instances, Scrums practice of delivering working products every week or two doesn’t fit everywhere.  However, there are other solid Agile principles that have far broader uses.  When I talk about these principles, the response I often get is that it’s not Agile – it’s just good management.  Whatever you call them, getting more effective teams, bringing meaning to deadlines, and integrating learning into processes can help all of us in our quest to be a little more effective at what we do.